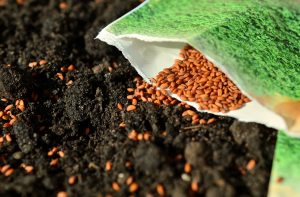 WE ARE BEING POISONED EVERY DAY OF OUR LIFE!

Our food supplies have been genetically modified, our commercial soils are overtaxed and nutrient deficient, there are no regulations overseeing what’s really “organic” and what isn’t, we are consuming processed foods that are bodies are not designed to consume, sugar hides in EVERYTHING, we are plagued with obesity, even in our children, there are known carcinogens in our beverages, especially soda and toxicity is EVERYWHERE.

Let’s start at the beginning, with seeds. Seeds are the source of all of our plant life in the US. Do you know that Genetically modified food, which does not have any long term data to explain what it does to the human body when we consume it is controlled by Monsanto?

In fact, 40% percent of the world’s genetically modified (GM) crops are grown in the U.S., where Monsanto controls 80 percent of the GM corn market, and 93 percent of the GM soy market. Worldwide, 282 million acres are planted in Monsanto’s GM crops, up from only 3 million in 1996, according to Food and Water Watch. You may be aware of that statistic but you might also be interested to see all the Monsanto companies that contribute to this issue.