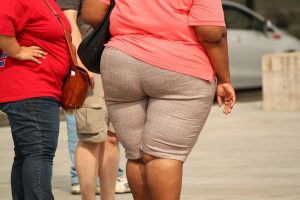 With all of this impact our food supply, is it any wonder that we are FAT and getting FATTER?

Between 1980 and 2013, the prevalence of overweight/obese children and adolescents increased by nearly 50%. In 2013, more than 22% of girls and nearly 24% of boys living in developed countries were found to be overweight or obese

Among American children, 13% were obese in 2013, putting the US among the top 15 countries with the greatest obesity prevalence in children worldwide

We are the first generation in which our children will die before us because of how we have fed their bodies. It’s criminal.

So what do most people do when they are overweight? They go on a diet right? An estimated 45 million Americans go on a diet each year, and Americans spend $33 billion each year on weight loss products. Yet, nearly two-thirds of Americans are overweight or obese. Obesity is a chronic disease that requires lifelong changes, not short-term fixes.