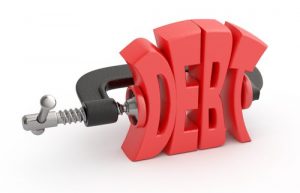 Here’s a word nobody likes: DEBT. Let’s talk about some of the realities we face as a society relative to DEBT.  Lots of it and all kinds!!

Student Loans: The most recent reports indicate there is:

Mortgage debt: Review some of the data below to see just where you stand in comparison to the average American carrying a mortgage.

Auto Loan debt: In fact, in 2016, total U.S. auto loan debt surpassed $1 trillion and it doesn’t show any signs of letting up. Here’s is where this trend stands as of the end of 2017:

Medical debt: If you’re finding yourself dealing with medical debts you can’t afford, you’re not alone. Below are some statistics that show how medical debt has grown and where it hits the hardest:

None of this is an issue as long as income keeps up with the excessive debt load. Humm….

<<Go Back to CHOOSE PROSPERITY>>